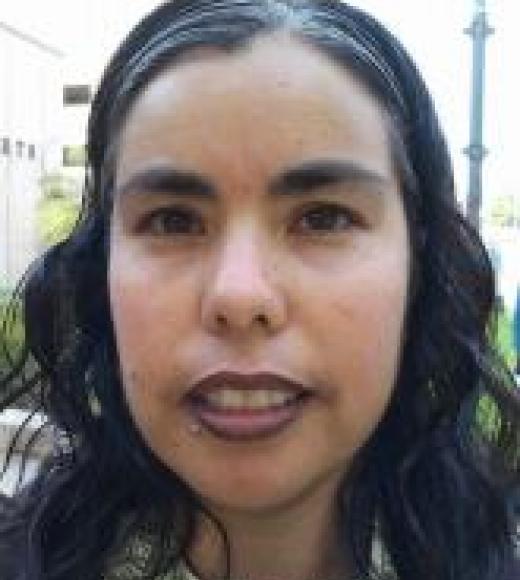 Born and raised in Los Angeles, California to Mexican immigrant parents, Susy Zepeda is a queer Xicana Indígena Assistant Professor in the Department of Chicana and Chicano Studies at UC Davis. She is an interdisciplinary and transnational feminist scholar.

Currently, Zepeda is writing her first book manuscript, which is a historical and contemporary tracing of queer Xicana and Latina cultural producers that examines layers and tensions of race, class, gender, sexuality, spirituality, land, nation, and generational silence. In it, she argues that the roots of Chicana and Latina feminisms are forms of diasporic and ancestral knowledge. Working at the intersections of frameworks such as feminisms of color, queer of color critique, and studies of race and colonization; her work highlights the often overlooked yet intertwined legacies of Chicana feminisms, queer theory, and decolonization.

Zepeda is part of a writing collaborative, the Santa Cruz Feminist of Color Collective, who published the article “Building on “the Edge of Each Other’s Battles”: A Feminist of Color Multidimensional Lens” in Hypatia: A Journal of Feminist Philosophy.   Professor Zepeda works closely with the México-based filmmaker collective Mujeres y Cultura Subterránea who inspire her scholarship on transnational visual culture.

She received a B.A. in Sociology and Women’s Studies from CSU Long Beach in 2000 and a Ph.D. in Sociology (Feminist Studies and Latin American & Latino Studies) from UC Santa Cruz in 2012.  From 2013-2014, Zepeda was a Visiting Assistant Professor with the Social Justice Initiative at UC Davis.

- Committee on Research, Small Grant in Aid of Research, UCD, 2016