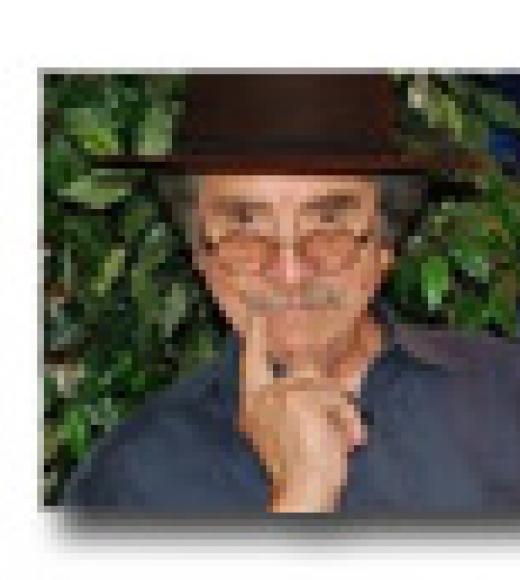 Malaquias Montoya was raised in a family of seven children of parents who could not read or write either Spanish or English. The three oldest children never went beyond 7th grade education as the entire family had to work as farmworkers for their survival His father and mother were divorced in 1952 and it was his mothers desire to support the four of them still remaining at home (by her work in the fields) so they could pursue our education. Professor Montoya's objective is to educate and be educated by those persons with whom he comes in contact daily. As an artist he feels a purpose to express to each individual the importance of developing that innate quality characteristic of all of us - that of creativity, and to show the relationship between that artistic creativity and community action, as both an educational tool and a catalyst for social change.

Mr. Montoya is Cooperating Faculty in the Department of Art and a Full Professor in the Chicana/o Studies Program at the University of California, Davis. Professor Montoya previously taught at the California College of Arts and Crafts. A graduate of the University of California, Berkeley he has been an Artist-in-Residence at Stanford University, a Visiting Lecturer at Mills College, Oakland, California and a Visiting Professor at the Univesity of California, Berkeley. He has also taught at various community colleges throughout the San Francsico Bay Area. Professor Montoya has been invited to exhibit his art here and in Europe and Latin America. His prints, posters, drawings, paintings, and murals provide a standard of excellence for students as well as established artists; for those who aspire to humanistic goals in the expression of their art. Malaquias Montoya has chosen not to devote his artistic creations to the commerical gallery world. A man of great political and artistic principles, he believes that art should be directed to the broadest possible audiences, including those who do not frequent commercial galleries. Montoya has elected to make the world his art gallery. In so doing, he is following a long tradition of cultural theoreticians who have deconstructed the negative social and cultural dimensions of artistic theories opposed to popular diffusion of the arts. There is no ambiguity in Montoya's works, as the art form is used to convey the artists political message as well as his human concerns. His words are art and his art is poetry. The combination of powerful graphic images and human figures with issues of concern of humanity is perhaps his greatest artistic contribution. Professor Montoya has received many honors, the latest being the 1997 Adaline Kent Award from the San Francisco Art Institute, San Francisco, CA and the Art as a Hammer Honor from the Center for the Study of Political Graphics, Los Angeles, CA, May, 1997.