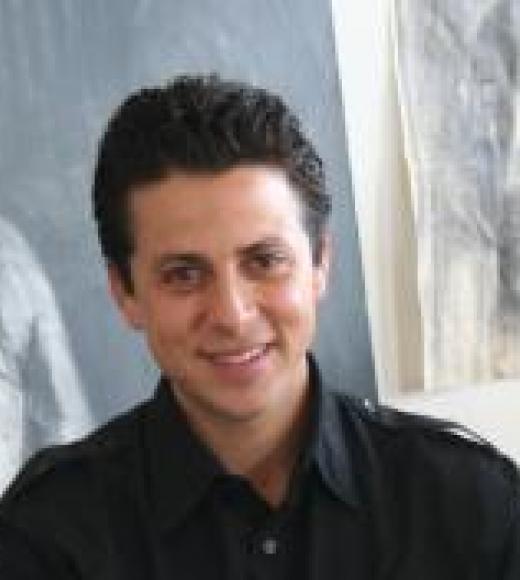 Associate Professor Maceo Montoya is a writer and visual artist who teaches courses on Chicana/o culture, the novel, creative writing, and community muralism. Montoya has published three works of fiction, The Scoundrel and the Optimist (Bilingual Press, 2010), The Deportation of Wopper Barraza (University of New Mexico Press, 2014), and You Must Fight Them: A Novella and Stories (University of New Mexico Press, 2015). Montoya has also published two works of nonfiction, Letters to the Poet from His Brother (Copilot Press, 2014), a hybrid memoir combining poetry, prose, and images, and Chicano Movement for Beginners (2016), which he both wrote and illustrated. He has also published short stories, poetry, and essays in numerous journals, including Huizache, The Packinghouse Review, Eleven Eleven, Border Senses, Aztlán, and The Los Angeles Review.

Montoya’s paintings, drawings and prints have been exhibited around the country as well as internationally. He has also collaborated with other writers on visual-textual projects, including seventeen drawings for historian David Montejano’s Sancho’s Journal (University of Texas Press, 2012), an ethnography of the Brown Berets in San Antonio, and fifteen paintings based on poet Laurie Anne Guerrero’s sonnets dedicated toward her late grandfather. The resulting book, A Crown for Gumecindo, was published by Aztlán Libre Press in 2014. In 2017, Montoya created ten paintings based on the poetry of Mario Santiago Papasquiaro for Poetry Comes Out of My Mouth (Diálogos, 2017), the first major translation of the Mexican poet’s work. Most recently, Montoya developed a series of monoprints in collaboration with Fresno poet David Campos. Their book, American Quasars, isforthcoming from Red Hen Press.

Montoya comes from a family of artists, including his father Malaquias Montoya, a major figure in Chicano Art and a professor emeritus in the UC Davis Chicana/o Studies Department. Maceo developed an online archive of the Chicana/o Studies Mural Workshop (ucdmuralarchive.com), a class his father developed in the late 1970s and which continues to be an integral part of the UCD Chicana/o Studies curriculum. Maceo’s late brother Andrés Montoya was the winner of the Chicano/Latino Literary Prize and the American Book Award for his seminal book, The Iceworker Sings. Maceo has developed websites to highlight his father’s artwork (malaquiasmontoya.com) and his brother’s poetry (andresmontoyapoetry.com). More information about Maceo’s artwork and books can be viewed on his own website at maceomontoya.com.

You Must Fight Them: A Novella and Stories (University of New Mexico Press, 2015)

Letters to the Poet from His Brother (Copilot Press, 2014)

The Deportation of Wopper Barraza (University of New Mexico Press, 2014)

The Scoundrel and the Optimist (Bilingual Press, 2010)

Poetry Comes Out of My Mouth, Mario Santiago Papasquiaro (Diálogos, 2017)