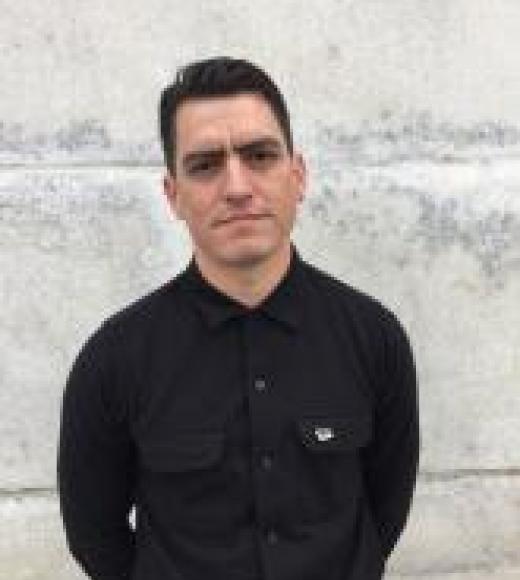 About
Carlos Jackson, a visual artist and writer, was born and raised in Los Angeles, California. He attended the University of California, Davis where he received his Bachelor of Science in Community and Regional Development and an M.F.A. in Painting, and was awarded the Robert Arneson Award for excellence in the M.F.A. program. In 2002 he was awarded a full fellowship to attend the Skowhegan School of Painting and Sculpture in central Maine. For the 2003-2004 year he held the David Shainberg Endowed Fellowship at the Fine Arts Work Center in Provincetown, MA. Between 2004-2015 he served as Founding Director of Taller Arte del Nuevo Amanecer. Currently, he is an Associate Professor and Chair of the Chicana/o Studies Department.

In the past five years he had numerous group and solo exhibitions throughout the United States. In 2009 he published a book on the history of the Chicana/o Art Movement with the University of Arizona Press titled Chicana and Chicano Art: ProtestArte. In 2011 the University of Illinois, Springfield published a catalog on his artwork titled Mi América/My America: Carlos Jackson and in 2012 he was a featured artist and essayist in the exhibition catalog Estampas de la Raza published by the University of Texas Press.